Human cases have tripled as the deadly mosquito virus that infects the brain has expanded to 13 counties.

Human infections of a deadly virus that's associated with horses have tripled in New Jersey in just a matter of weeks, and there's evidence that it's spread to 13 counties in the state (see list below).

The New Jersey Department of Health says 65 mosquito samples have tested positive for the Eastern Equine Encephalitis virus, also referred to as "EEE" or "Triple E," according to a department release. 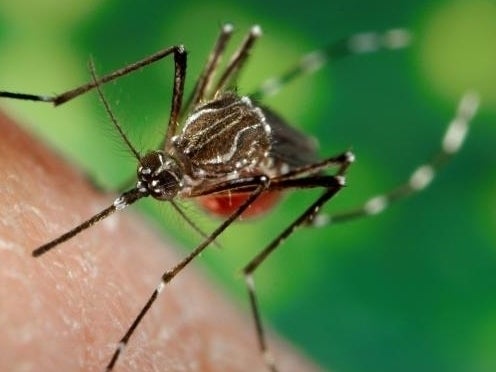 The Somerset County man was hospitalized but was eventually discharged for continued rehabilitation care.

The Centers for Disease Control and Prevention says the disease has spread nationwide, infecting 21 humans in 21 states since 2009 and killing five.

Here is where it was found in New Jersey in 2019 (number of samples):

Eastern equine encephalitis is a rare but potentially deadly illness for humans. The disease is also a concern for horses, though a vaccine is available and recommended for them. Both EEE and West Nile virus are transmitted by the bite of an infected mosquito.

In severe cases of EEE, a person may experience encephalitis, or swelling of the brain, that may result in death. About one-third of people with Eastern equine encephalitis die from the disease and there is significant brain damage in most survivors, according to the release.

The state Department of Health is encouraging residents to take steps to protect themselves from all mosquito-borne diseases including Eastern equine encephalitis.

Severe cases of Eastern equine encephalitis begin with the sudden onset of a headache, high fever, chills and vomiting four to 10 days after a mosquito bite. The illness may then progress to disorientation, seizures or a coma, according to the release.

Reducing exposure to mosquitoes is the best defense against infection with Eastern Equine Encephalitis and other mosquito-borne viruses, according to the release.

There are several steps you and your family can take to prevent and control mosquito-borne diseases.

Mosquitoes can lay eggs even in small amounts of standing water. You and your family can take the following steps to limit mosquitoes on your property and keep them from laying eggs near you: